I keep looking for photos of the Keys that go beyond spectacular sunsets, leaping tarpon, blissful kayakers, Key West roosters, white sand beaches, luxury villas, artsy shots of waves and mangroves, divers communing with sea turtles – you get the picture(s). Don’t get me wrong – that’s all good and true about the Keys (except maybe the white sand beaches); that’s why most of us live here. But what about all the stuff that happens outside the walled garden of this so-called “paradise,” in the everyday lives of the 70,000+ people who live and work here year round–the good, the bad, the ugly? Was Dylan right – “nothing matters outside the gates of Eden?”  Most photos in local papers are mug shots, posed group portraits, high-school sports action shots and close-ups of crumpled vehicles at the latest Highway 1 accident–not much going on visually in any of them except passive documentation of standard news events.

So I was relieved to see that a New York photographer named Rona Chang saw the Keys a bit differently during a brief residency at Studios of Key West last year, although like many newcomers she was seduced and distracted by “Key Weird”… 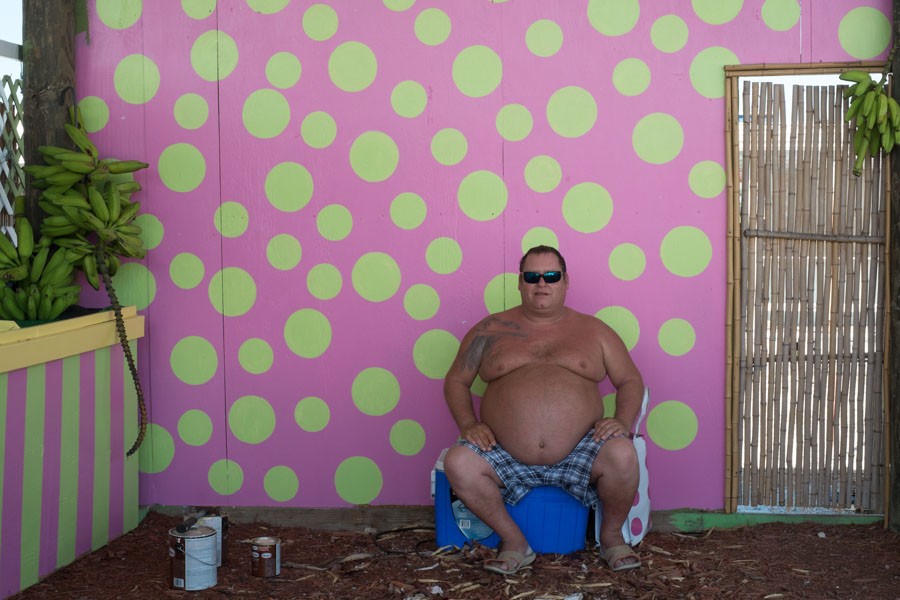