“The trouble with metaphors and similes”

As of last Saturday, the world has felt more blurred, poorer, plainer: Peter Mathiessen is dead. Over the years I’ve read almost everything he’s written, and it’s all been a splendid feast of food for fantasy about wild places and being fully present and fully human in them. So many of his sentences are so boldy wrought and clear you can almost hear the sharp “tok!” of a wooden Buddhist gong sounding when they end. Mathiessen’s years of Zen practice and their influence on his writing is the most intriguing thread in this fine piece about him published by the New York Times a few months before he died.  At one point the author, Jeff Himmelman, describes a conversation with him about “Far Tortuga,” by far his most stylistically daring book:

“The trouble with metaphors and similes is they bring the author into it,” Matthiessen told me, “and I was trying to stay out of it.” The elimination of the ego is a standard part of Zen training, as is the admonition to keep things simple and free of adornment. “A roach out from underneath the cook shack with its antenna up, that was so striking and strange and beautiful that you don’t need ‘like a radio antenna’ or something like that,” he said. “You just don’t. The thing itself is so good.” 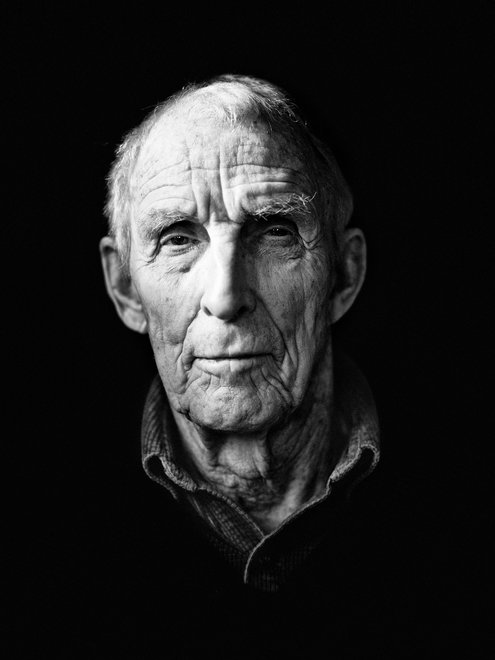